He gained widespread attention after releasing the 2015 single “Mosquito Killer“, a street-pop off his “Street Ambassador” Album.

Small Doctor was preceded by the release of another single: “Penalty” which won award for the “Best Street Hop” at The Headies 2018.

His Songs are mostly composed in English and Yoruba.

Temitope was born in Dopemu, Lagos but hail from Ondo State. He took a strong interest in music at a young age. He attended Ain’t Orosan Nursery and Primary School and attended Secondary at Oniwaya Secondary School. Due to his pursue for music, he dropped out University of Lagos to concentrate on full time music. 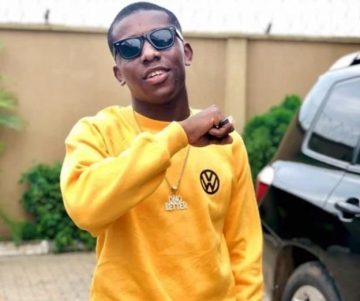